This compilation of horses from Nicky Henderson’s stable will be followed by one next week discussing a selected 10 horses from Paul Nicholls’ contingent at Ditcheat.  Neither is put together for the purposes of winning the Tote/Racing Post Ten To Follow competition.  Both are written for betadvisor.com readers with the intention of pointing you in the direction of horses who during the course of the forthcoming 6 months will be winning and whose ongoing performances will give me and you a guide as to the strength of particular races.  My daily analysis gives me a perspective as to which races run that day will stack up formwise.  Knowing, or having a good idea, of what was a good heat is a tried and trusted method of winner finding.  Each horse starts out with a deficit of 18,000pounds, which is the cost of keeping them in training from 1st July until mid May when they will either be sold or go out to summer grass.  I shall monitor prize money won by each horse and put it against this 18k figure.

CELTUS  A mark of 132 is territory from which N Henderson can make hay this coming season in handicap hurdles.  Winner of 3 of his 4 starts over hurdles in France before making the short journey across the Channel.  Henderson had to rush the horse as he only arrived at Seven Barrows in January.  This is not the ideal way to handle an ex French gelding given that such important factors as Feed and training routine can differ markedly from country to country.  The French will train and ride their horses according to the needs of the manner in which their races are run and to the lay out of the Programme Book.  The English and Irish trainers do the same.

CHABLAIS  In contrast to Celtus this fellow will be difficult to place unless, and I state UNLESS in capitals, he develops into the horse connections thought they had bought for 260,000gns at the Cheltenham April Sales in 2010.  After winning on his sole outing over hurdles in the UK, having come from Ireland, “ he literally fell apart in front of us……..he has come back in (July) looking completely the opposite…..He is undoubtedly very talented……………..and I am hopeful he could be top class. “ N Henderson.  Will be effective from 2m 4f + over hurdles and over fences.  If he does well over hurdles he won’t see a fence until 2012-13.

EL MONDO  A 3-y-0 purchase from Guy Cherel after winning both his starts for the French handler.  Given plenty of time by JP McManus and Henderson this five year old is one of my STAR PICKS for this season such is his potential.  Henderson reported him in “ fantastic condition “ when he came over from McManus’s stud in Ireland where a lot of prep work had been done on him.  I have been told his schooling has been very good and chasing is to be his game. 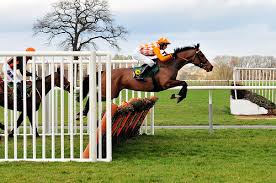 FOURTH ESTATE  Ex Godolphin son of Fantastic Light.  I loved the stallion as a racehorse and he has stamped his mark on this fellow, albeit he is bigger than your average Flat racer, which is why he never made it to the Flat given that he was weak and backward as a yearling and juvenile and snapped up for just 4500pounds.  Literally cruised to victory in his bumpers last season at Doncaster and Ayr, the latter on Scottish Grand National day.  His owner is Scottish and loves to have his horses win north of the border.  He now goes novice hurdling.

GRANDOUET  A very forward going individual “ he always looked like a most likely Triumph Hurdle candidate, and so it proved. “  He was blessed with the precocity typical of the top French National Hunt horses and is very much expected to make the leap into contesting top grade Championship Hurdle races this season.  Many second season hurdlers fall at this particular juncture in their careers but he is not expected to follow that trend.  He is a rangy type who has the physique to make the grade as a chaser and has the stamina imparted by the distaff side of his DNA to suggest 3 miles will be well within his compass.  We may well see him over both types of obstacle this season.

KID CASSIDY  It wasn’t his fault that he got so wound up at Newbury before he was withdrawn from his intended race that day.  He was still mentally getting over it when next seen and could finish only 3rd at Sandown.  However all that was behind him when he won at Punchestown in April.  He is rated 144 and is most definitely on that basis a stone or more well in and what he can achieve.  I will be very disappointed if he doesn’t win a top top handicap hurdle this season.

LONG RUN  The Betfair Chase in November and the Martell Chase in April will see the Gold Cup winner on his way to West Lancs in pursuit of two major prizes.  In between, if all goes to play, he will take in the King George at Kempton on Boxing Day and the Gold Cup in March.  There is little more for me to add now. 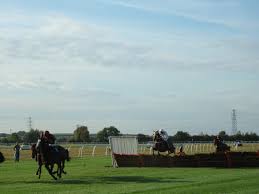 MOLOTOF  Another recruit from the winter circuit at Pau.  Once again he was the subject of ‘rushing’ him to be competitive from January onward last season.  After finishing second to Zarkandar in the Adonis Hurdle at Kempton he could only manage a mid division effort in the Triumph Hurdle.  “  He has grown and strengthened considerably for his summer break and one would like to think he would be as good a maiden as is left over from last season. “ N Henderson.  Big words indeed of which we must take heed.

OSCAR WHISKY  If there is a horse at Seven Barrows who could be good enough to take on BIG BUCKS in the Championship Staying Hurdles this winter it is this fellow.  After finishing an honourable third to Hurricane Fly in the Champion Hurdle the step up to 2m 4f at Aintree saw him put in a spectacular performance to land the Grade 1 Aintree Hurdle.  Henderson has decided to take the Hurdle route this season as opposed to going novice chasing.  Given that knowledge he has to be a major player for the CLASS OF 2012 and for your Tote/Racing Post 10 to follow entries.

SPIRIT SON  This is the Champion Hurdler waiting to happen.  My Lambourn man of many years standing had been talking this horse up to me since his arrival in the Henderson camp in Autumn 2010.  And by god was he right.  After winning at Huntingdon and Exeter he finished second in the Supreme Novices Hurdle at the Festival to Paul Nicholls’ AL FEROF.  The form is good but the factors which sway me ever more to this fellow are;  his routing of a good field at Aintree where he had behind him Cue Card and Barry Geraghty’s comments this autumn.  “ This fellow has gears, serious gears. “  Geraghty’s career was in the descendant a few years ago before Nicky Henderson made the move to ‘get him’ when Mick Fitzgerald was forced to retire.  Nobody on both sides of the Irish Sea doubted Geraghty’s talent but it was common knowledge that he had taken a bit of a wrong turning.  Firmly back on track and enjoying his immensely successful association with Henderson the duo are a most formidable force.