Autumn;  there is nothing mellow about the season for the FLAT trainers of our great game.  Those at the top of the tree send agents and racing managers to do their bidding, no pun intended, jostling for space in the gateways to the Sales rings at Deauville in August, Doncaster in September and Newmarket in October.  Seeking to buy next year’s FRANKEL or  Arc winner DANEDREAM.  The former cost some 200,000gns as a yearling whilst the latter went for just 9000euros.  9000euros!  I very much dislike know alls who say to me,  upon learning how I have wasted my life and will do so for evermore (mine not mankind’s), “ the only way to end a life in horseracing with a small fortune is to begin with a large one”.  What indeed can a racing man say to such a cul de sac quotation.  No mention of dreams, gambles landed, champagne drunk with arms entwined with those of a lady of ill repute, who will most certainly smile upon one’s fortune of that day and doubly so when she sees that you were born with a large one. 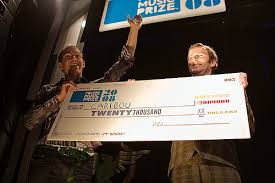 I once held such dreams and to gather them in I gave money to two trainers to seek them out for me.   Rod Millman was the first so entrusted.  I well remember giving Rod a cheque for 20k at Chepstow races one day in an August many years ago as a down payment for Syndicate No.1.  A month later he bid 14,000gns for a bay son of Compton Place.  The omens were good for me.  When working as agent for Billy Newnes I recall Billy enjoying many successes for James Toller on 2 really good horses, Emperor Fountain and Lord Of The Field.  Toller had trained Compton Place to Group 1 glory when winning the Nunthorpe Stakes at York at 50/1.  And I know Toller was and is a decent egg, and I know Toller was not making it up when he said in the post race interview that he was not totally surprised by the win.  Many trainers couldn’t lie straight in bed, and certainly wouldn’t ever tell the wife he lies beside, the true ability in horse A or B.  But with Toller you got the truth.  I do wish ATR and RUK interviewers would desist from ever talking with the likes of Ryan Moore and Colin Tizzard before a race.  Moore works to the code that what might well transpire is for him, the trainer and the owner to know.  Not the likes of you and I.  Tizzard’s reticence is much the same.  But of no use to the TV audience, many of whom are more used to the candour of Cowell.

ASSIGNATION is the horse Rod bought for my syndicate.  Stable visits for the syndicate members took place during the course of the ensuing six months, lunches consumed in jovial atmospheres as people got to know each other.  I felt like a successful agony aunt.  Only for me the agony was going to come later on.  Well, that is putting it a bit strongly.  Assignation finished 3rd on his debut at Leicester the following April, briefly suggesting nearing the furlong pole that he might actually win the race.  It was ok for me and the syndicate members as Rod had told us to back him each way, which we had done at 33/1.  I recall giving the jockey a ‘drink’ in the bar after racing, one which he did his level best to reject I might add.  He deserved it as he had given the horse a good solid and honest ride probably not knowing that ‘our baby’, ‘our dream’ had just made us all BELIEVE.  Sadly that was the best Assignation achieved in 2 seasons of Flat racing.  Rod found him a good home in a livery stable, such was his equable temperament that anybody could ride him.  Maybe three years later it was, my mobile went and there was a syndicate member at the other end.  “ You must hear this David, Assignation has only gone and won a point to point down in South Wales “ he chuckled.  Blow me, shiver me timbers, whatever, he was only 15’2”, sprint bred and he wins a PtoP over 3 miles in the mud. ASCOT on Saturday is the FIELD OF DREAMS for many would be Champions.  Some have already been crowned, most notably FRANKEL, some come to wrestle his crown from him, some make first time bids to sit at the very top table.  Collectively their performances will be noted by the working scribes and notated in the annals of the game, whilst we can only stand and stare and enjoy the wonder that is a racehorse in full flight.   What joy.  Not see the inner turmoil of the Agent whose career is taking a downward lurch which could quickly accelerate into a spiral as he stands oh so alone on the Members’ Lawn, praying that ‘his’ horse, for by rights it is his horse as he chose him from hundreds and hundreds of other horses, answers in spades.  Whilst sitting in sales rings around the country I was often minded of Stevie Smith’s poem Not Waving But Drowning as these agents waved their catalogues in the air to catch the auctioneer’s attention.  “ Nobody heard him, the dead man, But still he lay moaning: (this is the pertinent bit) I was much further out than you thought And not waving but drowning.

And they’re off says the commentator.    I’ll write more in future blogs about my sorties with a further six syndicates, none of which yielded a winner.  I must get a proper job.

Oppose FRANKEL at your peril, now that our ‘enery, not that one, ours, has got his mojo back.  Go for TIMES UP in the first and hope it isn’t.  Sprint races at Ascot don’t look as fast as those at Epsom, with that stamina sapping uphill run to the line seeing fortunes change in nano seconds.  Too tough for me.  Sir Michael Stoute has not had the best of seasons but CRYSTAL CAPELLA is spot on for Saturday’s Fillies’ and Mares’ Stakes.  Fallon rarely misses out at the big meetings and GREEN DESTINY will be his marker for the day.  And I’ll be in the bar when the last is being run, turning and turning  my Placepot wager knowing that I’ve got 6 against the field running for me.