Hello everyone and once again welcome to the Bet Advisor blog for the 2nd day of the Cambridgeshire meeting and as I predicted, yesterday it was not a good day for punters and was best left alone, feel sorry for the guy who got the first five up in the tote jackpot and had the sole surviving ticket left going on to the favourite Swiss Maid who traded as short as 1.52 in-running but ended up finishing second and dashing the hopes of winning £896,000 but it makes it better for us today, all you have to do is get 6 winners at Newmarket in “ The Tote Jackpot at Newmarket which looks set to smash all records on Friday with not only the largest rollover in history up for grabs but it could also potentially create the biggest ever winner of the bet.” so everyone give it a go you never know, maybe my selections will help and we’ll all be sharing / celebrating tonight.

Anyway less of the dreaming and onto today’s racing, they’re going to water the course a little today to replace the moisture that was lost on a drying day yesterday, so would imagine the going will be about the same, again not a lot of betting opportunities with a glut of fillies only races, which as you all know I don’t consider betting opportunities, and a maiden in which there is no form lines. 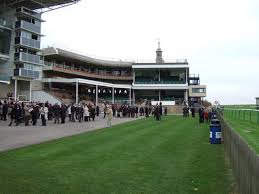 A fillies race so a no bet race for me Rakasa, Questing and Nayarra all finished in a heap behind Regal Realm and the form of that race was let down by Regal Realm last time, so how solid that form is I am not sure, todays going and track are pretty different, and I think that Natyarra will be better suited of the three to today’s conditions, think the form of Newmarket winner Minidress is weak compared to some of the others, if I were to choose I liked the look of both debut scorers Albaspina and Alsindi both of whom looked to have lots of improvement in them but how they will handle today’s quicker going is anybody’s guess.

Another fillies race and no bet race, don’t think the form of Dark Promise is good enough to win this, it was a weakly run race at Haydock that she ran behind King Torus in, Soorah looks slightly outclassed today, Wake Up Call is consistently improving but needs to find another 7lbs to figure here, and I think you can say the same about Electra Star who has been well placed by her connections to win some moderate races for this level and today’s race looks harder, I think Seta will have her conditions today, her form is very ground dependant in that all her best runs have been on fast going the worry is the drop back in trip.

I seem to keep saying this but another no bet race, the main protagonists have very varied form and a few of which if they were back to their best would win this easily, Poet’s Voice has been disappointing of late but he is Frankie’s chosen one so obviously a better run is expected but he is nearly favourite and you are guessing and I don’t do that, Premier Loco won a weak race the other day and is not good enough and will be my place lay of the day at the prices, Libranno is another who won a weak race last time and not for me, Ransom Note and Tazahum are the two I would be interested in, Ransom Note needs a positive ride over this trip to run to his best and Tazahum is improving and gets a handy 4lb weight allowance.

Another fillies race and again a no bet race, Albamara and Firdaws both need to show massive improvement to take this so not for me, Samitar is consistent but a place looks all she can hope for, the two with the proven form are Fallen For You and Lyric of Light, and there should not be much between them at the finish, if I were to pick I would think that Fallen for You would be better suited by the stiffer track today.

A maiden with nothing to go on so another no bet race.

Guess what….yes another no bet race with lots of questions to be answered by the front runners in the market, Al Shemali runs too many poor races, Dangerous Midge has the class but maybe not the inclination to win this, something was wrong obviously last time with All the Aces, Sirvino is just a good handicapper and is outclassed today, Myplacelater runs too many shocking races for me and is favourite which just about sums the race up and he will be my second place lay of the day at a ridiculous price, Mahooba is consistent but if any of the other runners bounce back to form she will be left in their wake.

At last a decent race with lots of runners and lots of form to go on and our first bet of the meeting so let’s hope it is successful, a couple of interesting jockey bookings Fallon for D’Arcy, and Dettori for Cowell, Jo’Burg is interesting on his debut for David O’Meara, he has dropped a lot in the weights to a winnable mark but he didn’t look to be enjoying racing last few times we have seen him, Nelson’s Bounty one of two in the race for Paul D’Arcy was well backed last time on his return to form but the race was run at a moderate pace and this is tougher, Paramour is another who was disappointing last time when favourite and needs to improve to win this, Viva Vettori keeps promising without delivering, but he will like the track, Night Lily raised his game last time on the a.w but this is different, Capaill Liath is consistent but the yard is massively out of form, Dolphin Rock is another consistent animal but the firm going is against him, I have narrowed this down to just three runners, but you need to be a member to find out what they are.

A race with no prize money and for a change more than just a handful of runners taking part, but it has to be another no bet race, with a lot of moderate horses racing for nothing, Fujin Dancer has the best form if his speed hasn’t been blunted after a few tries over hurdles, and a good booking is Richard Hughes to ride, the filly Ambala has to prove she is as good on turf.