Bob’s Worth:- Nicky Henderson’s classy six-year-old is one to keep onside this term. Bob’s Worth was subject of a sustained gamble prior to the Albert Bartlett Novice’s Hurdle at the Cheltenham Festival in March and he duly rewarded backers by storming to victory at odds of 15-8. Bob’s Worth stalked the leaders before barrelling away to beat the commendable Mossley by two-and-a-quarter lengths and keep his unbeaten record over hurdles intact.

Prior to his Festival success Bob’s Worth had been improving in every novice hurdle race he contested, ending the season on a mark of 150 and there is sure to be more to come from a horse who loves his racing.

The dilemma for trainer Nicky Henderson was whether to send Bob’s Worth chasing or let him have a go at beating Big Bucks in the World Hurdle and sensibly he opted for the chasing route with the RSA Chase at Cheltenham’s 2011 festival looking the likely target. 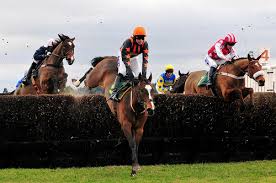 Sprinter Sacre:- Another choice comes from the Henderson yard in the shape of five-year old Sprinter Sacre. A smart novice hurdler with the potential to be an even better chaser. The Arkle could be a very hot race this year with Peddlers Cross being one to follow and Menorah likely to be aimed at the race too. Sprinter Sacre though could offer a viable alternative to Peddlers Cross given his excellent performances so far in his young career with his third in the Supreme Novices Hurdle the highlight. This son of the German stallion Network has travelled strongly in all his races, holds a natural jumping technique and a bundle of pace. Sprinter Sacre has grown in stature over the summer and has a formidable physique which suggests chasing will be his forte. Provided Sprinter Sacre can settle better in his chase races he can go to the very top. 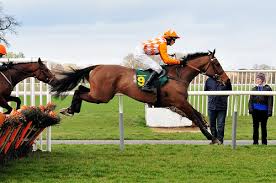 Zarkandar:- I put up Zarkandar for my members in last term’s Triumph Hurdle at odds of 7-1 and he duly landed the prize with the minimum of fuss. Zarkandar went on to win the Anniversary Hurdle at Aintree battling on well to defeat Kumbeshwar by one and a quarter lengths. A strong traveller, he also holds a smart turn of foot being a half-brother to 2008 Prix De l’Ard Ce Triomphe winner Zarkava. Paul Nicholl’s horse underwent a breathing operation during his summer break and will put his Champion Hurdle credentials on the line in the International Hurdle at Cheltenham in December opposing several other likely Champion Hurdle contenders. The Champion Hurdle does look the likely target for the four-year old and though that is a big ask the classy Zarkander can run well in the races leading up to Cheltenham such as the aforementioned International Hurdle and the Christmas Hurdle.

Beshabar:- The last of my selection’s is like Sizing Europe, getting on in equine years at nine. Now under the guidance of Tim Vaughan, Beshabar ran a great race when second in the National Hunt Chase Cup at Cheltenham last term over the marathon four miles. Subsequently Beshabar showed how tough he is by winning the Scottish Grand National the following month over four and a half miles. Sure to go well in chases again this season this big, rangy gelding has limited mileage on the clock for his years and he looks an ideal candidate for this year’s Grand National.