Empathizing, sensitivity, being in touch with other people’s feelings and emotions, these are not personality traits commonly associated with men, yet men account for the overwhelming amount of the tipsters world wide. Handicapping properly does not just involve statistical models, trends, and watching games. It involves aspects that can’t be put on paper or analyzed in data. To truly take your handicapping to another level you need to embrace your feminine side.

When it comes to empathy men lack the same aptitude as women, it’s a matter of sensitivity levels. Empathy is most accurately captured when we can draw upon our own life experiences to help relate what we felt in those moments to what others are feeling in similar situations. So sensitivity to emotion is critical. You don’t have to throw away all your testosterone, but certainly being an Alpha male personality will find you closer to the bottom of the handicapping pack then the top. I played all the sports I handicap, and I will share an example I often go to for guidance, one that I have actually used the exact circumstances in while handicapping football over the years.

It was my final season of football (American), 3 teams were in the mix for the division championship. My team was predicted to finish 3rd. It was half way thru the season and the top 3 teams including mine were all undefeated. We were about to play the team slated to finish 1st. We had never beaten this team in my 4 years on the squad; so needless to say we really wanted to win this game.

The week prior the team slated to finish 1st actually played the team slated to finish 2nd. They crushed them. It seemed highly unlikely my team would have any chance at victory, but when it came time to play our game we dominated the 1st place team. Our intensity level in that game was like nothing I’ve seen before. The following week we then had to play the team originally thought to be 2nd. Thinking logically, we beat the team supposed to be #1, the #1 beat the team supposed to be #2, we should be able to beat the #2 right? Wrong. We got our rear ends handed to us. Making matters worse we got our rear ends handed to us by the 4th ranked team the week after that. This might appear on the surface just as nothing more than variation, 1 beats 2, 3 beats 1, etc. But that was far from the case. Predictable emotional influences were happening behind the scenes.

The #1 ranked team played the #2 ranked team the week prior to playing us. They dominated that contest. That game was the focal point for them, they did not view my team as the main obstacle, they viewed the 2nd ranked team as the main obstacle and they completed that goal. Meanwhile my team, receiving very little respect, had put a bull’s eye on the #1 ranked team since the start of the season. They had no idea of the intensity level we would show up with. Unprepared to match our intensity, they did not stand a chance of winning the match. The following week the exact same thing happened to my team, but this time in reverse.

We played the former 2nd ranked team off the biggest win of our lives, ego’s boosted, peacock chests sticking out, meanwhile the other team was waiting to rip our heads off. Finally after losing to the 2nd place team, and going from cloud nine to ground zero, we ended up coming out flat the next week, and because of that we lost to a team we had no business losing to. All these games did not come down to who had the better team, coaches, or talent. It boiled down to who was more emotionally prepared for the game. The final rankings played out exactly as originally predicted, but the order in which teams won was a jumbled mess. The exact same thing happens in professional and collegiate sports all the time and if you can empathize with teams, players, and the situations they find themselves in, you will find that often times that shocking result is not so shocking, that in fact, it was predictable.

Not only is it important to apply this to teams and players, but odds makers as well. These companies run a business and have a goal of profiting off you. They know more then you, me, they have more inside information, data, no single person will ever have more to work with then they do when it comes to making the odds. You need to respect odd makers and the numbers they release for that reason, but better still, you need to try and empathize with them. 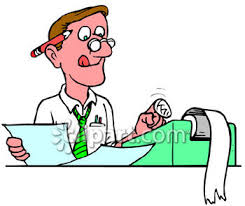 Why would they release a number at that price? Are they really just trying to split action or are they fluffing the numbers a little? How many wagers do you expect them to take in? Which way is the general public siding? How much do they stand to lose should a game go in either direction? Picture yourself under the pressure of creating odds and trying to make a profit for your company. Right away that should tell you favorites, or better stated, heavily wagered favorites, hold a decreased value. It’s simply a bad business decision for a bookmaker to be vulnerable to the majority of the market.

If the game is extremely high in magnitude and wager volumes would you ever consider releasing odds that are soft toward the majority of the betting public? That would be tantamount to signing your resignation. I’m not going to go down my list of every scenario, but you get the basics. By empathizing with odds makers it can often help illuminate both the right and wrong side you should be wagering on.

Please keep in mind, no advice I give should be applied as a blanket rule, handicapping is far too complex for it to boil down to just one or two variables, but take this knowledge and put it in your toolbox. Odds makers factor this into plays, but it’s not heavily factored in. So if you can become adapt at empathizing correctly and spotting emotional disparities, it can reveal some of the softest odds and most lopsided wagers you will ever encounter.

As always best of luck, Click on Mikes picture to be taken to his profile page.